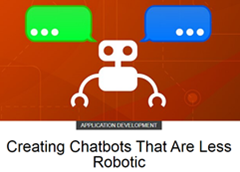 · Tech Dive: Creating Chatbots That Are Less Robotic Conversations between people and chatbots often sound stilted. One technique to help fix this? Alternating how your bot responds so the conversation feels more vivid and natural. Here, follow hands-on instructions to create such responses with Oracle Digital Assistant.

· Functions as a Service: Evolution, Use Cases, and Getting Started by Akshai Parthasarathy

· Getting Started with Oracle Cloud Infrastructure by Jeff Davies

· Oracle Launches Four New Cloud Regions Across Four Continents At Oracle OpenWorld 2018, Oracle committed to making its cloud platform available in all major geographies where its customers work. This year Oracle has already launched data centers in Toronto, Tokyo, and Seoul; just now launched a region in Mumbai; and will shortly be going live in São Paulo, Sydney, and Zurich. New regions give customers access to the unique self-driving Oracle Autonomous Database and much more

· Announcing GraalVM 19.1.1 This release is available as Community Edition (CE) and Enterprise Edition (EE). The standard bundle can run Java either via OpenJDK (Java 8u222) or OracleJDK (Jave SE 8u221) and standalone.

· Developing Microservices on Oracle Cloud with GraalVM and Micronaut

· Functions as a Service: Evolution, Use Cases, and Getting Started

This site uses Akismet to reduce spam. Learn how your comment data is processed.

The views expressed on this blog are my own and do not necessarily reflect the views of Oracle.